Welcome to Kingdom Impact Christian Cultural Church, we are honored that you are visiting our website. We are a Non-Denominational Church, where the Pastor is Apostle Edwin A. Newsome. Here we strive to establish righteousness in the education system, economic system, judicial system, family structure, media marketplace, arts and religion itself. Hebrews 1:8-9 states that the “scepter” of righteousness is the “scepter” of God’s Kingdom. Romans 14:17 says that the kingdom is not in meat and drink but righteousness, peace, and joy in the Holy Ghost. This is why we at KICCC ground every aspect of life in rightousness.

Please use this site to access the information you need about the Kingdom and as a resource for broadening your faith. Being a religious organization, we are always striving to find new ways to get our message out to current and prospective members. We look forward to hearing from you and answering any questions you may have. We hope that there is something here that will not only impact your life today but everyday after.

Reaching souls and transforming lifestyles through the WORD of GOD!

At KICCC the WORD will find you, deliver you and heal you! You will know that you have had an experience that will touch your soul and transform your lifestyle. Experience your Transformation at KICCCC; we look forward to changing with you!

We Are All About Kingdom Impact

Our Mission is to impact the earth with the Kingdom of Heaven in which we will produce a colony of citizens who exhibit the culture, nature, values, morals, and lifestyles of the Kingdom.

Even if you can't make the trip to church, we would still love for you to come join us for the service. 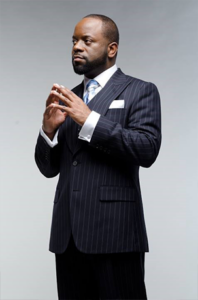 Apostle Edwin Newsome began his service to ministry at an early age. He was first anointed with his vocal ability at age 7, which allowed him to see that through this gift he was destined to be exposed to thousands. In the course of his years of service he has been mentored in the governmental areas of ministry. In 1998 he attended World Harvest Bible College under the tutelage of Pastor Rod Parsley. In 2000 he received his degree in biblical theology. By the year 2000, Apostle Newsome, with the full loyalty of God’s guidance, started a non-profit organization called Elisha’s Cloak, because he saw the need to re-organize the Company of Prophets. His anointing to capture the hearts and minds of the people in revivals and conferences has afforded him a platform to impact the world. He specializes in the areas of understanding your call to ministry, kingdom building, and being prophetically established in the word and song.

Apostle Newsome operates with an Apostolic understanding and shows the valuable initiative to leave an impact that gives significant contribution to this society. God has placed a burden in his spirit for those believers who have become frustrated and/or apathetic (not taking any interest) in their current surroundings. He therefore, began the ministry of Kingdom Impact in 2008 with his lovely wife. His ministry is certified by Pastor Rod Parsley, but confirmed and approved by GOD. 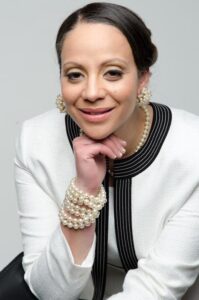 Lady Chantella Newsome began her journey in ministry even before she really understood the impact she could cause in the lives of others; through her belief and faith in God, who continually delivered her from the snare of the enemy. She acquired an unshakeable and relentless faith in God because of her up-bringing in the system of the state of Indiana.

Born in Elkhart, In., Chantella came into this world with a fight in her spirit to succeed.At the age of 11yrs old she was adopted into a family who helped to ignite her gifting even the more.By not allowing her will to resist the will of God she did not become a product of the harsh environment she grew up in, but went on to Butler College and graduated with High Honors on the Presidents List.

She is also gifted as an awesome leader of abused and neglected women, with this anointed gift she has established Lady Inside fellowship ministry along with her husband; Pastor Edwin Newsome. Chantella has been called by God and equipped in the experiences of life to lead God’s people from being in a state of mind of being a victim to having the victory in God.

She married Pastor Edwin Newsome in 2004, and they now Pastor one of Elkhart’s fastest growing churches; Kingdom Impact. She is also the proud mother of three sons Lord Edwin, Isreal, and Joshua and a daughter named Junia. And though she with great honor and adoration cares for her homeward responsibilities it radiates even the more in her service to God as she accepts His assignments to travel to many conferences and revivals to deliver the minds of His people from bondage.